Today I am pleased to feature the first book in the An Imposter for Christmas series. Mail Order Lillian, from author Cheryl Wright. 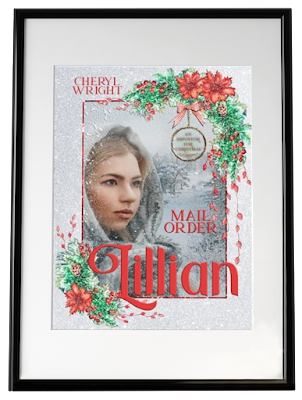 Lillian is an unwilling impostor bride. What will Simon do when he discovers her secret?

Montana – 1880: Simon Watson, owner of a prosperous ranch, needs a wife to look after his motherless four-year-old daughter.

Joy Hanover accepts Simon’s proposal, but later changes her mind. She begs her cousin Lillian to go in her place – leaving out the part she found most objectionable, namely Simon’s child.

Lillian plans to tell Simon about her deception the moment she arrives at Samson’s Creek, but the best of plans can often go awry.

What will happen when Simon finds out he married an impostor? Will he have the marriage annulled, or will they stay married and get the happy ever after ending each of them crave?

Get your copy of Lillian on Kindle Unlimited

Boise, Idaho – 1880’s
Lillian Hanover stared out the window at the snow flurries and shuddered, then turned to study her cousin. “I have to find another job. Horace is both revolting and persistent.” She pulled her shawl further up and around her shoulders. “He cornered me in the storeroom yesterday. It was all I could do not to gag.”

Her cousin Joy’s eyes opened wide in shock. “He… cornered you? That disgusting pig! Did you manage to get away?” Joy appeared quite concerned at her cousin’s predicament.

“I did, but I have no idea how much longer I can put him off.” She brushed the hair back off her face and glanced up again. “Perhaps I should do what you did and become a mail order bride. Either way, I have to get away from here.” Not that Lillian wanted to go that route, but she had few options available to her.

“About that…” Joy’s face suddenly fell, and Lillian wondered what could be wrong.

“Is everything all right?” Lillian asked, hurrying over to where her cousin sat. “You look quite distressed.” 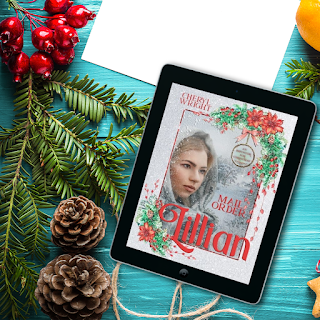 The two women had practically grown up together. Their fathers were brothers, and each family had lived on the same property, meaning they spent much of their time together playing. The pity of it all was their fathers were both killed in the same shocking accident on the property when a large tree fell. Five men died that day.

“I…” Joy took a deep breath, then glanced up at her cousin. “I need to ask a favor,” she said far more quickly than Lillian had ever heard her speak before. “A rather big favor.”

“Ask away.” Now her interest was piqued.

Joy suddenly sat down and clasped her hands tightly in her lap. Her eyes were focused on her hands, rather than the person she was speaking to. Lillian felt quite concerned at this turn of events. “I am beginning to panic, dear cousin. Please tell me what ails you.” Her heart pounded as she waited for her cousin to speak again.

Joy suddenly pulled a letter out of her pocket and handed it over. “I am supposed to leave tomorrow to meet my groom and marry him.” Her head slowly came up until their eyes met. “I… I can’t go. Will you take my place?” She let go of a deep sigh and Lillian could do nothing but stare.

“But…” She shook her head. She couldn’t take her cousin’s place, not when Joy had already accepted the proposal. And why didn’t she want to go now, anyway? Her head suddenly felt as though it was filled with a thousand drummers, and she dropped into the chair next to her cousin. “Wha—why?”

Joy’s eyes dropped to her lap again. “I’ve met someone, and we plan to marry.” She glanced up and continued. “I had already promised to marry Simon Watson by then, but…” Tears filled her eyes. “I’m in love with Timothy Chambers, and he with me. I couldn’t bear to marry someone else.”

Lillian sputtered at her words. “Why would he marry me? I am not the one he’s been corresponding with.”

Joy suddenly stood. “Then don’t tell him. Let him believe you are me.”

Had she not been sitting, Lillian was certain she would have landed in a heap on the floor. 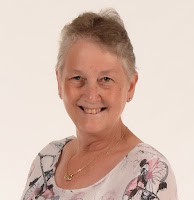 She lives in Melbourne, Australia, and is married with two adult children and has six grandchildren. When she’s not writing, she can be found in her craft room making greeting cards.
Cheryl's Website ~ Blog ~ Amazon Author Page ~ Facebook
Sign up for Cheryl’s Newsletter

You can find the entire An Imposter for Christmas series on
Kindle Unlimited
~ ~ ~
Thank you so much for stopping by today. Please come back again soon.
Blessings,
Nancy
at December 09, 2021