Today is it my great pleasure to welcome Author Margaret Tanner to Romance Sweet Reads. We'll be taking a peek at her new release, Mail Order Chloe, An Imposter for Christmas Series ~ Book 2. 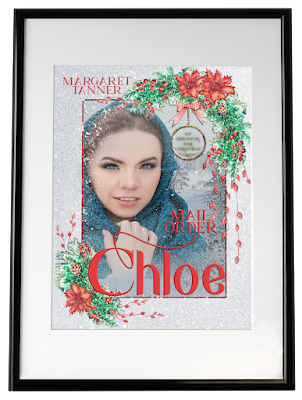 Chloe was an impostor. Joel lied by omission. What hope does this marriage have?

Joel Taggerty rescues a small boy who has been discarded in the wilderness. He now needs to speed up his marriage plans to his mail order bride.

Chloe discovers her friend Rebecca, has been working at a saloon and secretly writing to a Colorado rancher. Rebecca’s dying wish is that Chloe should go to Joel and pretend to be her. Homeless and without a job, she is desperate enough to try it, even though such an undertaking is fraught with danger.

Will Christmas weave its magic and save their marriage once Joel realizes Chloe is an impostor?

Get your copy of Chloe from Kindle Unlimited

“Dead!” Chloe Smith exclaimed. “She can’t be.” Her eyes filled with tears as pain gripped her with cruel fingers. Her friend was dead. It could not be true. The livery stable man must be mistaken. Maybe there were two Rebecca Maynards here in Boothby.

“I’ve traveled over a thousand miles to get here, and now you tell me my friend is dead?”

The elderly livery man glanced at her small, covered wagon and the two ordinary looking horses pulling it, and shook his head sadly. “There’s no mistake. You were lucky to make it this far, if you ask me.”

His tone of voice indicated he didn’t think much of her conveyance, and her most probably. She was dressed in male attire, and wore her hair tied back with a leather thong so it would be easy to shove under her wide brimmed hat, if necessary. She had let her guard down now that she had arrived in Boothby; wanted to weep for the loss of her friend but dared not in case the tears, once they started, would go on forever. 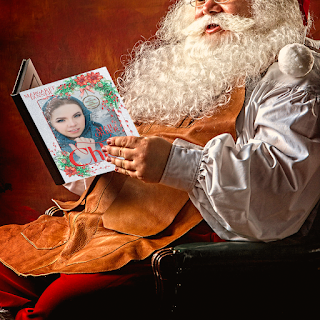 Over the years they had regularly corresponded, and now Rebecca was dead. She had no reason to stay any longer in this town, but where could she go? Traveling back to Virginia was out of the question, as there was nothing left for her there except memories.

“What happened to Rebecca?” She blinked back the threatening tears, resolving to stay strong, no matter what.

The man nervously glanced around. “I reckon she was murdered.”

“Murdered!” She would have collapsed in a heap had the man not grabbed her by the arms and led her over to an old wooden chair.

“Who would murder a schoolteacher?”

He gave her a hard, penetrating look. “She wasn’t no schoolteacher, Miss.”

“What do you mean? Of course, she was, we’ve been exchanging letters for about three years.”

There was a roaring noise in Chloe’s ears, although she managed to stutter. “She did not. She was…”

“I don’t know what she told you, but she waited tables and, well, took men upstairs.”

All moisture dried up in Chloe’s mouth as sickness curdled her stomach. They had grown up near Richmond, Virginia, poor but respectable, and to think Rebecca had been reduced to… No, she didn’t believe it. Couldn’t believe it. “I think there has been a mistake.”

“There’s no mistake. Rebecca was shot by a disgruntled customer, so the sheriff says, but I’m not convinced she was. She died out the back of here. I was with her when she died. You must be Chloe Smith. She talked about you quite often.”

“We grew up together; the Maynards took me in when I was orphaned as a child. Were you the only one with her when she died?”

“Yes, she left a message for you, that’s if you are really Chloe Smith. I’ve got a few of her belongings here and some letters. She used to come here to see the horses. She was a sweet gal who had been wronged.”

“I still can’t believe it.”

“With her dying breath, she asked me to give you everything when you arrived.”

“Yes, then she said something strange.”

The swap game Chloe remembered from their childhood. They used to change places and pretend to be each other. Not that they ever fooled anyone with such a ploy.

“It’s a real shame because Rebecca told me she was waiting for you to come, then leaving here to start a new life. Probably what got her killed.” 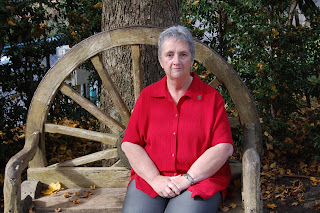 She lives in Australia, is married and has three grown up sons and two gorgeous little granddaughters.

Frontier Australia and frontier America, have many similarities, isolated communities, a large single male population and a lack of eligible women. This leads to many interesting plots.

She has always loved Westerns, soaking up all the Western TV shows and movies when she was young. Bonanza was her all-time favorite show. Little Joe Cartwright was her hero. Western Author, Zane Grey was her favorite author.
Facebook Reader Group ~ Amazon Author Page

Find all the books in the "An Imposter for Christmas" series on
Kindle Unlimited
~ ~ ~
Thank you for joining me today. Please come back again soon for more authors and great books.
Wishing you a safe and happy holiday season and the merriest of Christmases!
Blessings,
Nancy
at December 08, 2021