Welcome to Romance Sweet Reads. Today, we’ll share the fourteenth (and FINAL) book in a brand new, sweet, contemporary romance series. Last Man Standing, written by fourteen best-selling and award winning authors, is a collection of stories about stubborn men who insist they’ll never be caught in the “marriage trap”. It’s also about the fourteen women who will change their minds. Every book in the series is a standalone, linked only by the series premise. Come on along as we watch the mighty fall... in love that is!
We continue with, KREW, Book 14 in the series, by Author Farrah Lee. 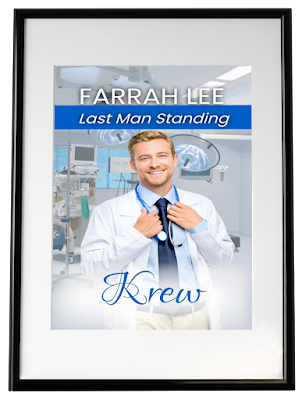 Oh how the mighty fall!! Especially when they don’t see it coming.

Dr. Krew Adams is every girl's dream. He has the smile, the brains, and the personality to make him a favorite at the hospital, but he’s not interested in being anyone's dream. If you ask him, he’ll tell you all his friends were dragged down, but not him. He’s the last man standing and proud of it, until the brat that used to have braces and ride her skateboard everywhere shows up, sending his status as the man on top into the ground.

Bridgette Anderson put herself through college, made her own way in the world, and is determined to rise to the very top. She doesn’t have time for a man in her life, including her big brother's best friend she hasn’t seen in fifteen years. He’s changed in all the right ways, except his attitude about love. That’s alright with her, though. It means he won’t be bothering her.

When these two collide sparks will fly but will they create a fire that will burn forever or one that will fizzle out?

Chapter One
Krew
It was our last week of residence and the push was almost over. It had been a long haul—a few had crumbled, the rest held on. We were standing around the nurse’s station talking in between patients when Jerry walked in announcing he “did it” and that she said yes. 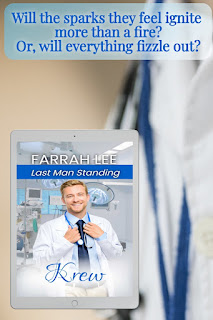 “Aw, man, really? Why?” I banged my head on the counter for effect.

“You’re such a bummer dude. I lover her, that’s why,” Jerry argued.

Everyone else congratulated him then turned to me as if I’d made an announcement.

“What?” I looked around at them.

“Plan? I don’t have a plan. You’ve all gotten engaged or married and I am proud to be single. That makes you crazy, no me.” I picked up my clipboard.

“No, sorry Cindy,” I said to the womanly resident among us. “You’ve been married for a while now, so not you. It’s not that I’m not happy for each one of you, I’m just saying...no hassles here.”

“No love either,” someone said. “Besides, Dr. Jackson is single still.”

“No, he eloped last week,” one of the nurses said.

“Well, then, that makes it official.”

“I am the last man standing.” 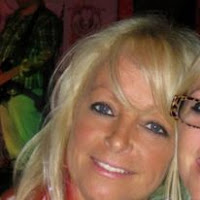 I wrote my first story in 4th grade....it still sits in a box today. My passion to write was reignited by my daughter who reminded me it’s never too late.

I’m a native Floridian from a large family and according to them if you weren’t at the beach every weekend with fried chicken and potato salad then you weren’t feeling well. I was Raised on old fashion values and church. I went on to marry the cute boy who stepped on the school bus my first day of middle school. 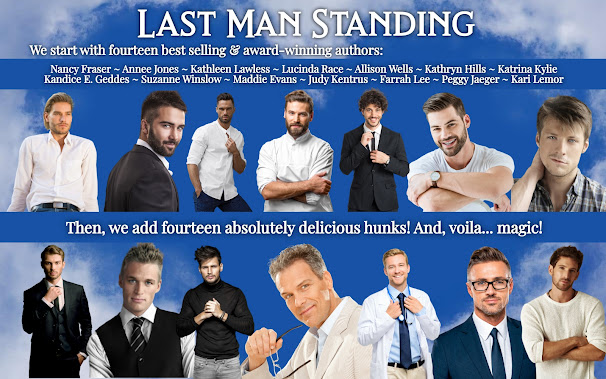 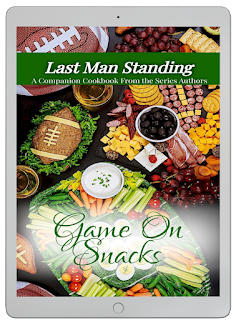 Thank you so much for stopping by. It has been my pleasure to feature all fourteen books and authors in this great new series. Also check out my second post for today, as a feature the second book in the new Pumpkin Patch Romances series of sweet/inspirational stories. A Maze of Love by author Lynn A. Coleman is waiting for your review!