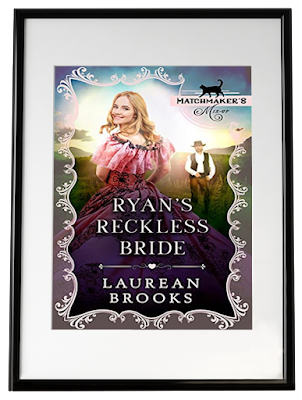 Struggling rancher Ryan McKay needs a mother for his nineteen-month-old daughter. He requests a sedate, responsible young woman not given to risky decisions as was his deceased wife. She must be adept at cooking and able to perform some outdoor chores. To prevent temptation, Ryan hopes the woman is as plain as homemade soap, because their marriage will be in name only. When bubbly, petite Annalyn Pierce hops off the stage in her fancy ball dress, Ryan’s jaw drops. She’s pretty and her resemblance to his dead wife is stunning.

Annalyn is prepared to be thrown out of the house when her aunt dies. She’s contacted Agatha Sinclair's Matchmaker's Agency to find an adventurous cowboy. Annalyn is thrilled when she’s matched with an adventurous Texas rancher who wants an attractive young lady to travel with him.

Ryan and Annalyn decide to wait 8 weeks to tie the knot, to ensure they are suited. Ryan isn’t the adventurous cowboy Annalyn requested, but she is drawn to his gentle eyes and kindness.

After she burns two meals and almost sets the house on fire, Ryan suspects he has the wrong bride. He’s hesitant to renege on the agreement because he’s smitten with the vivacious beauty whose silly antics have helped his heart heal.

Fearing Ryan will send her away when he discovers she can’t cook a lick, Annalyn engages a neighbor to give her cooking lessons while he checks on the herd during the day. One day, Ryan rides in early and discovers the neighbor lady hiding in the barn. Annalyn’s covert plan is exposed and she’s lost Ryan’s trust. She sets out to regain it, but fails when she makes a reckless decision that endangers his little girl’s life. Heartbroken, Annalyn is sure Ryan will never forgive her.

Will Ryan put Annalyn on the next stage out, or will he open his heart to her, even though she’s not the sedate woman he requested? Will God turn a mismatched couple into the perfect match?

The middle-aged woman conversing with the town attorney glanced at the pretty blonde. He also cast an appreciative glance her way. 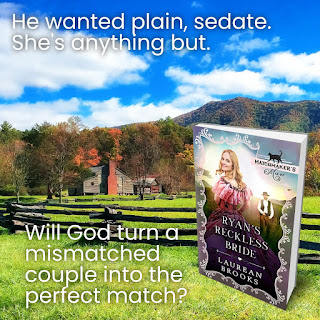 “Catch!” the young blonde yelled, hurling the carpetbag at the attorney. Horror replaced Norton's smile when it struck his portly midsection and almost knocked him off his feet.

Ryan chuckled. The little lady hit her target. Oblivious to the discomfort she’d caused, she bunched up her skirts and hopped off the stage before Ryan could offer his assistance.

Scanning the town, she announced to no one in particular, “We finally made it.”

Her head barely reached Ryan's shoulder and he'd bet his fingertips would meet around her tiny waist. When her baby-blue eyes nailed him, his heart hitched. Eyes identical to his late wife Ellie.

“You must be Mr. McKay.” Her warm smile made Ryan's breath catch.

Ryan took in her corn-silk yellow hair, pert nose, and dimpled chin. All replicas of Ellie's. He froze like a barn owl caught in lantern light. Surely, this could not be his bride. Another woman must be on the stage. He peered inside.

“The stage is empty, sir. I was the last to disembark, the petite woman said. “I'm Annalyn Pierce, and you are..?”

When he remained dumbstruck, she jabbered, “The journey was not as adventurous as I'd expected, except for the changing scenery. But least we weren't attacked by Indians. Although, that might have been a plus if one got hurt, of course. It would have been an exciting tale to relate to my children.”

Children? Wasn’t this beauty too young to be a widow? And Ryan's form had not mentioned children.

“Future children, silly. We aren't even married yet.” She'd read his mind.

Norton still conversed with the older lady who arrived on the stage with this bubbly sprite. And he still rubbed his stomach. She looked too dainty to pack such a wallop. 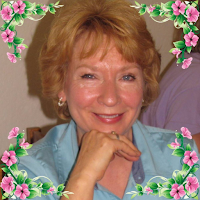 Ms. Brooks' savvy heroines proclaim their independence with a "Who needs a man?" attitude, but soon find themselves in ridiculous scrapes of their own makings. Scrapes that will take the aid of their heroes to redeem them.

This author has a gift for incorporating laugh-out-loud humor into her stories. Stories which address serious life issues. Issues like repercussions from past abuse, rejection, loss of a mate, or a shocking secret revealed.

Laurean Brooks takes her readers from joy to tears to laughter, and everything in between, while they follow an obstacle course to forgiveness and emotional healing.

Thank you for joining us today for another look at this great series. Be sure to scroll back through the previous posts for more books in the series and come back again soon.