Next, we will be looking at book 4 in the series, Harvest Hearts by Author Nancy Fraser. 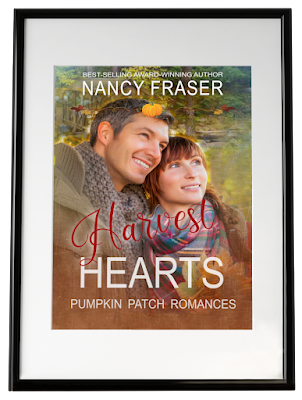 Widowed Claire McMillan returns to her hometown of Cider Mills, Michigan to care for her 92-year-old grandmother who’s been diagnosed with dementia. A cozy mystery author, Claire plans her professional and personal time down to the quarter-hour.

Michael (Mick) Cousins is a retired navy seal who’s come to Cider Mills to take over his late uncle’s farm. He spent many summers working for Uncle Carl and has no doubt he can handle the day-to-day operations of a small family farm. What he doesn’t realize is that, in the time he’s been away, Scarecrow Farms has grown into a thriving business with a half dozen employees.

When Claire takes Gram on outing to the local harvest festival, the last person she expects to run into is the one man she crushed on throughout high school.

Mick can’t believe the young girl with the thick glasses who helped him cram for his chemistry exam is now a beautiful, mature woman. Can these two former acquaintances kick it up a notch now that they’ve outgrown the pressures of high school cliques?

Or, will Claire’s reluctance to risk her heart a second time, put an end to their mutual attraction as quickly as it began?

They’d just settled in at one of the open picnic tables when a tall, older gentleman approached them. Claire recognized him instantly. Harold Perkins. The high school principal when she attended, and good friend of the late owner of Scarecrow Farms. The younger man at his side looked vaguely familiar, yet she couldn’t quite place him.

“Molly Beckham,” Harold called out loudly. “Is that really you?”

Harold snorted a laugh. “And you’ve not aged a day, Molly.”

Leaning to her left, Molly peered past Harold to the other man. “I know you,” Molly said, her gaze narrowing.

“Yes, ma’am, you do.” The man’s deep voice surrounded the few words. “I had you for tenth grade English. And eleventh.”

Molly smiled demurely. “Couldn’t get enough of me with just one year?”

“I guess not, ma’am,” he said, a light chuckle escaping. 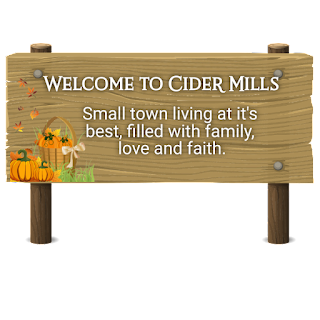 “That’s not what I remember, though,” Molly explained. “You used to come to the house. I thought you were there to court my granddaughter, but that wasn’t it, was it?”

“No, Mrs. Beckham. Your granddaughter was tutoring me so I wouldn’t fail chemistry.”

His broad grin brought back long-buried memories of the very first crush she’d ever had. Mick Cousins, star quarterback for the Cider Mills Tigers.

He nodded, then asked, “Claire Beckham?”

She returned his nod with a quick dip of her head. “Yes, it’s me. Although it’s Claire McMillan now.”

“Only for the past two months,” she admitted. “I’ve come back to live with my grandmother.”

She shook her head and cast a quick glance in Gram’s direction. Fortunately, she was engaged in a conversation with Harold and barely registered Claire’s and Mick’s exchange.

“Just me. My sons both attend college. The oldest is a senior at Ohio State, and the younger a freshman at Notre Dame.”

“You can’t possibly have sons that old,” Mick suggested.

“Of course I can,” she responded. “Our thirtieth high school reunion was this year. That makes us... um... mid-forties?”

“Pushing fifty with a vengeance,” he corrected.

“Where’s Edna with the cider and doughnuts?” Molly asked, her voice raised to grab Claire’s attention.

“Perhaps, I should go hustle them up a bit,” Mick offered. “Put the fear of the new boss in them.”

“Yes. Not that I was expecting all this. When I left home, this was nothing but a family farm with a small vegetable stand by the road.”

“Life... and thirty years... has a way of changing things,” she said softly.

Mick shot her another of the devastating smiles she remembered. “I suppose it does, Claire. Sometimes for the better.” 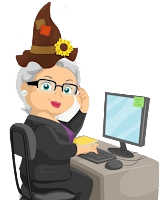 Nancy Fraser a Top 100 best-selling and award-winning author. She is the 2022 winner of the NEST (National Excellence in Story Telling) award for her western historical romance, An Honorable Man for Katarina.
She's also the granddaughter of a Methodist minister known for his fire-and-brimstone approach to his faith. Nancy has brought some of his spirit into her Christian romances. And, her own off-beat sense of humor to her clean & wholesome books.

You can find the entire Pumpkin Patch Romances series on Kindle Unlimited
~ ~ ~
Thank you for stopping by. Please come back again soon for the next book in this series, Autum Dreams, by Author Jessica Parker.
Blessings,
Nancy
at October 07, 2022