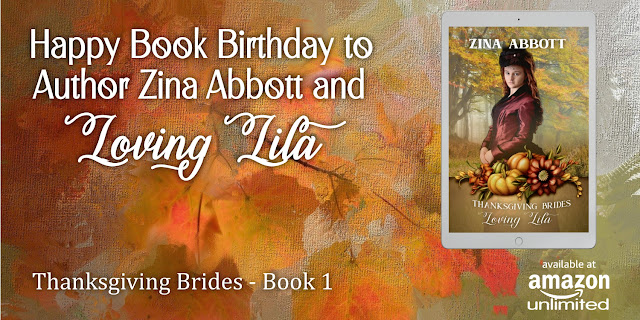 Welcome back to Romance Sweet Reads. Today we’re featuring another new sweet/inspirational romance series, Thanksgiving Brides. The series is historical/western historical set prior to the 1900s.

We’ll be starting with the first book in the series, Loving Lila, by author Zina Abbott. Here’s your sneak peek... 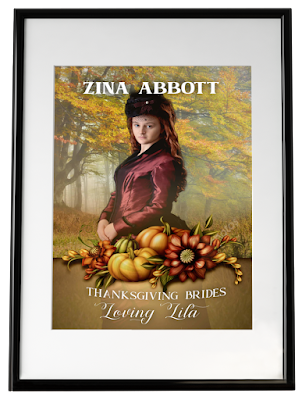 A time for love in nineteenth century America, a time to be thankful.

Shortly before Thanksgiving, 1882, Lila Cleod is called home from the Iowa City, Iowa, where she works as a nanny and attends the University of Iowa. However, this Thanksgiving, she doubts she will find much to celebrate or be thankful for. Her father has died. After the funeral, she will learn if he left her, his oldest daughter by his first marriage, anything in his will. She suspects his second wife and Lila’s half-brother, three-year-old Wellborn, will get the lion’s share. Will she be able to complete her course of study and qualify to become a teacher?

David Montgomery, having been sent by his father to escort his three younger half-siblings home from a visit to their New York grandparents he does not share, looks forward to returning to his job on Littleton, Colorado’s High Line Canal construction project. After reboarding the train in Iowa City, Iowa, his siblings point out a young woman dressed in mourning clothes sitting within the pair of facing benches they formerly occupied. What David notices is the obnoxious, middle-aged drummer leaning over the back of her bench and placing his face too close to her ear. It is the man's loud bragging that annoys David. Deciding not only to reclaim his former seats, but hopefully, to rescue the young woman without adding to her discomfort, siblings in hand, he makes a bold move.

Will this Thanksgiving season bring Lila only sorrow, or will it include the promise of love and future blessings?
Available exclusively on Kindle Unlimited 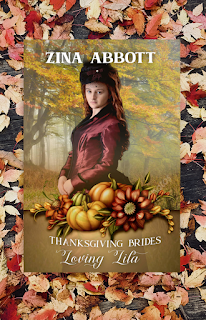 To keep her fingers from visibly trembling, Lila Cleod clutched the white handkerchief in both of her hands. She turned her head and, without focusing on anything, gazed out of the window of the passenger coach she had entered several minutes earlier. Papa is gone. How could it happen? He is... was... too young.

“Don’t you agree, miss? I didn’t catch your name. What was it again?”

As the irritatingly nasal voice of the gentleman broke through her consciousness, she squeezed her eyes shut. “I did not share my name, sir, nor do I plan to. Please honor my earlier request to not converse. I need time for my own thoughts.” Cannot he see I am in mourning? She popped her eyes open and stared at the black skirt, part of the mourning gown loaned to her by her employer and increasingly good friend, Francine Sewell. It was a mistake lifting the black veil off my face so I could see and breathe better. She opened one of the hands gripping the white handkerchief and stared at the cloth. I should have dyed it black.

“Now, that is no way to be. There is nothing like a pleasant conversation to help distract one from their woes. I must say, I believe you have the largest carpetbag I have ever seen. Allow me to put it on the rack above your head to make room for me to sit down.” 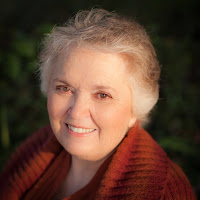 Zina Abbott is the pen name used by Robyn Echols for her historical novels. A member of Women Writing the West, Western Writers of America, and American Night Writers Association. She currently lives with her husband in California near the “Gateway to Yosemite.” When she is not piecing together novel plots, she pieces together quilt blocks. 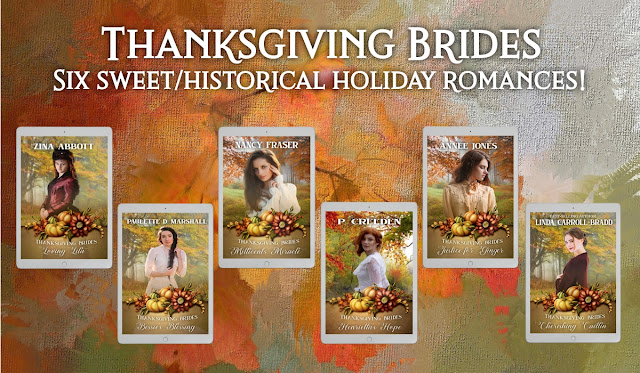 Thanksgiving Brides is a six-book series from some of your favorite authors. You can find all of the books in the series on Kindle Unlimited
~ ~ ~
Thank you for stopping by. Please come back again soon.
Blessings,
Nancy
at October 10, 2022